Defense of Property – How Far is Too Far
Illinois laws 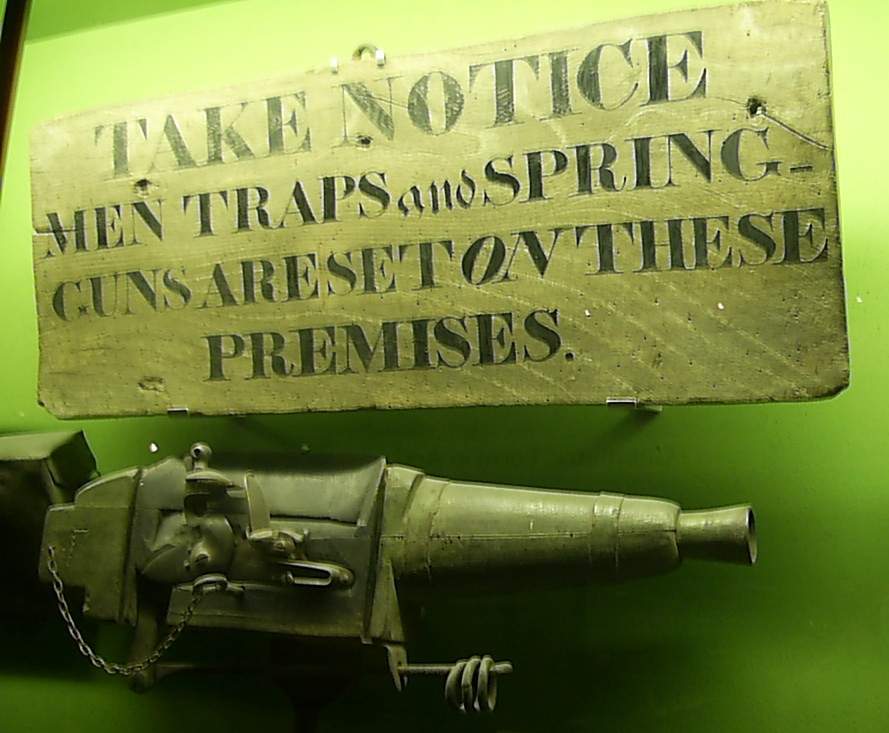 In the first year of law school, students take Torts, a class focused on personal injury claims. In this class, students read Katko v. Briney, a 1971 case from Iowa. But what steps can one take to protect their property?

In Katko v. Briney, Edward and Bertha Briney were tired of their nearly abandoned farmhouse being broken into during the hunting season. To stop these break-ins, Edward Briney secured a 20-gauge shotgun to an rod-iron bed in the back bedroom. Then, he fixed a wire around the bedroom door to the trigger of the gun making a makeshift spring-gun.

Sounds like a prank Bugs Bunny would pull on Elmer Fudd, right? A single month after Briney created his DYI security system, Marvin Katko was out hunting near the farmhouse. On past hunting trips, Katko had entered the farmhouse and others like it. He would find canned foods and other non-perishable goods. This time around, Katko accessed the house through the porch window and opened the bedroom door. When Katko did this, Briney’s shotgun-Rube Goldberg creation shot at Katko and hit him in the leg.

Though Katko did not need to get his leg amputated, a jury awarded Katko with $20,000 in actual damages and $10,000 in punitive damages. In issuing their decision, the Iowa Supreme Court stated that the Brineys used unreasonable deadly force in an attempt to defend their property.

This case caused a public hullabaloo and brought forth massive public reaction. One issue of public concern pertained to the Briney’s intent of protecting and defending his home. To members of the public, it seemed unfair for an intending burglar to walk away with money damages from the people who he intended to rob. The Brineys merely wanted to protect their property which they knew had a history of being broken into.

However, the Iowa Supreme Court’s ruling did not completely take away a property owner’s right to defending their home or other surrounding property. Rather, the Court stated that an individual needed to use reasonable physical force to defend their property.

What is Reasonable Force When Defending One’s Property?

Before any sort of physical force is used to defend one’s property, most jurisdictions require that the property owner first request that the trespasser or interferer of the property vacate the property.

However, one may circumvent these rules if:

According to Illinois Legal Aid Online, in the state of Illinois, normally, only regular force is permitted when defending one’s property. However, one may use deadly force to “prevent a forcible felony” including

Next, three general ways allow you to defend your property: threats, reasonable force, or confinement.

In conclusion, the Katko v. Briney Court stated that personal protection and safety of humans outweighs the protection of one’s property.

Rule of thumb: spring-guns are not a reasonable means of force when defending property. Maybe, just opt for a sign.